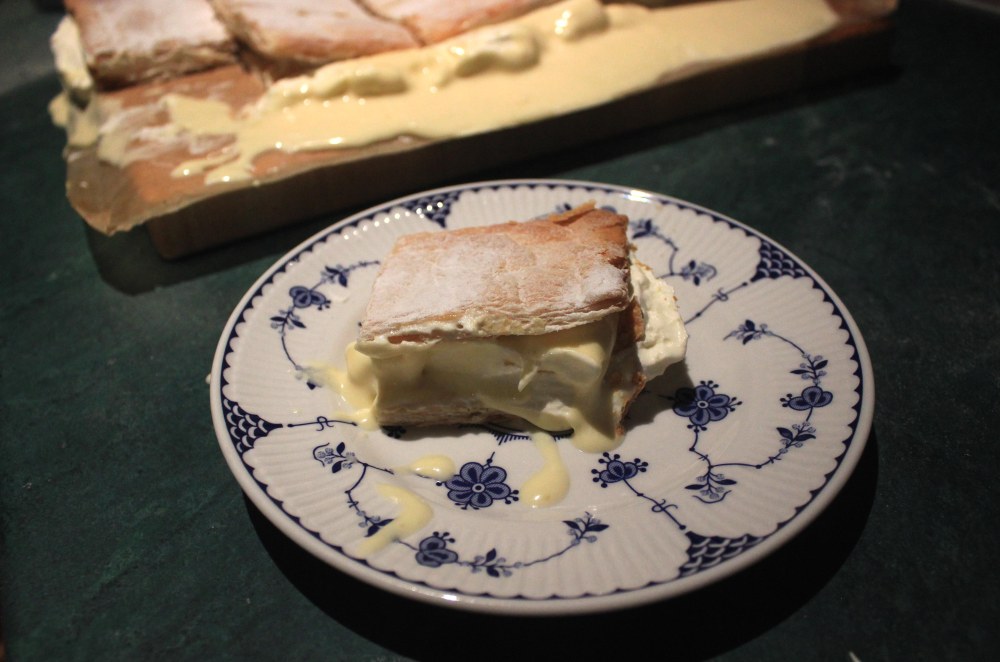 Okay, so this only went a tiny bit wrong. There’s something to be said for being extra patient and waiting until your custard is as thick as humanly possible, because in that case this might have been fine. Instead I ended up serving a puddle of creme pat to my friends sandwiched between some puff pastry (see below).

If you haven’t watched the Slovenia episode of Travel Man, then go, watch, Richard Ayoade is always excellent. The idea for making this cake came from there. Kremna Rezina is also known as ‘Lake Bled’ cake, which is served at Lake Bled, and in the episode they sit by Lake Bled and eat this. Unfortunately mine looked more like a puddle than the one they were served, but it was still delicious. There’s something about a custard mixture with hints of lemon and rum that cannot be surpassed.

In Brexit news, this week has been quite eventful, not because any progress has actually been made with the negotiations, but because 8 MPs from Labour and 3 from the Tories have defected to become an Independent group, which resulted in lots of calls for by-elections in their seats. But really, can we all just concentrate on the most pressing matter at hand right now, for at least the next say, 4 weeks? It’s looking like there might be an extension to article 50 at the moment, but I daren’t hope.