Last week they made rye bread on GBBO, and so it seemed vaguely appropriate that it was also my turn to make a rye bread-based dessert. Rye bread is delicious, but I’ve only ever had it as part of a sandwich, and having it as the main component of a dessert seemed unusual. That said, it was actually surprisingly good, because when paired with jam, cream and cinnamon, it really works.

I toasted the bread for a while (it takes longer than your average bread), and then blitzed it in the blender – the recipe suggests grating it, but I found that didn’t work really, it ended up pretty clumpy.

In Brexit news, on Saturday there was the People’s March, which had a turnout of 700,000 people asking for another vote; Theresa May is in the process of trying to convince her party to vote for her deal, and a Ladybird book of Brexit has been released, because we need to make fun of it sometimes. 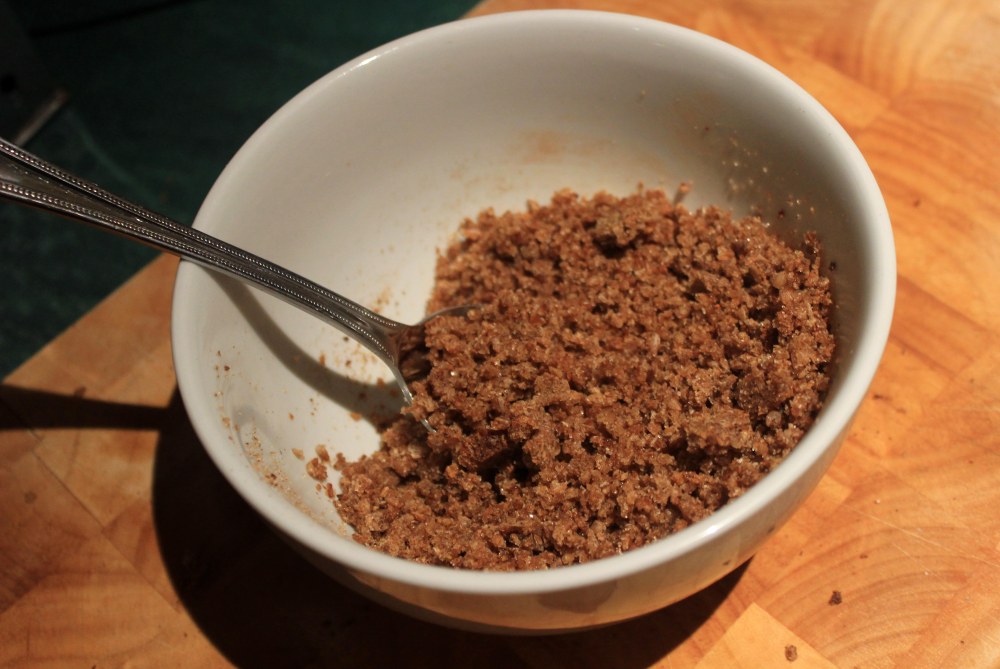 Finely grate bread and toss with 20g of sugar and sprinkle with cinnamon to taste. Whip the cream until soft peaks, then gradually adding the remainder of the sugar and a teaspoon of vanilla until it reaches stiff peaks.

In a trifle dish or in small sundae/trifle dishes, layer the ingredients in the following order: rye bread, jam, whipped cream until the dish is full or you run out! Try to end with rye bread and a garnish of whipped cream.