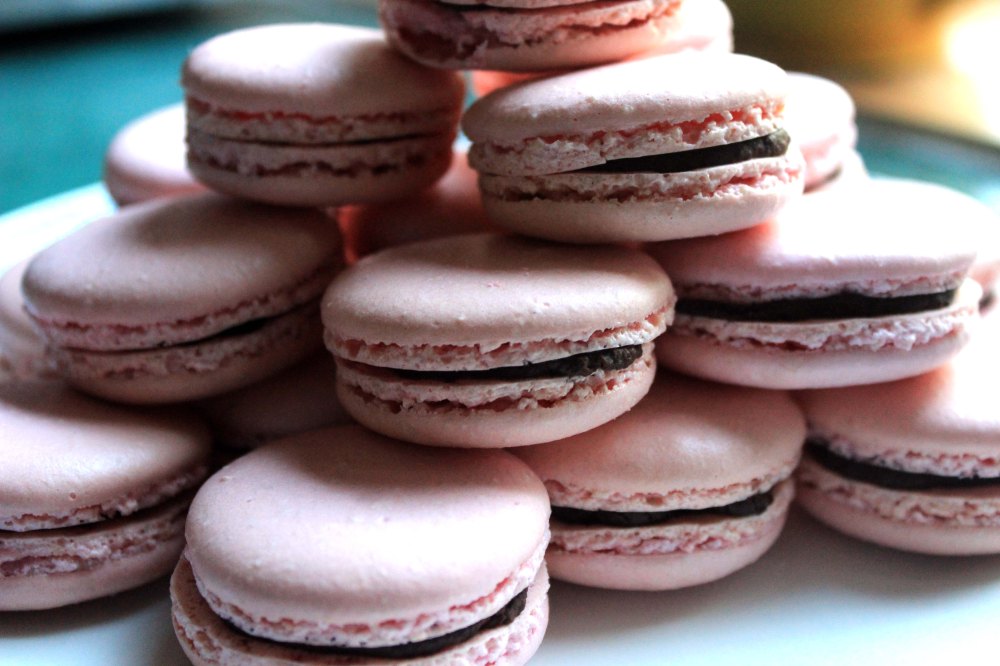 It has been crazy hot this week. So what better thing to do in insanely hot weather than to make macarons for the first time ever. One of the good things about this whole project is that I’m actually challenging myself to make stuff that I would never have touched ever. Past me is like “woah, macarons?! They’re technical and fiddly and probably not that delicious in the end for all the work”. Present me is like “shut up past me, you’re so wrong – they might be more technical, but they’re amazing.”

I’m so proud, it’s ridiculous, and so sorry if this post is essentially me going on about how pleased I am with my macarons rather than anything about France or Brexit. Oh, but actually, a quick bit about Brexit – Theresa May’s customs plans have been rejected. I can’t believe how well it’s going! One of the other good things about this project is that it helps me to forget what a clusterf**k Brexit is, and instead I just eat lots of cake all the time. 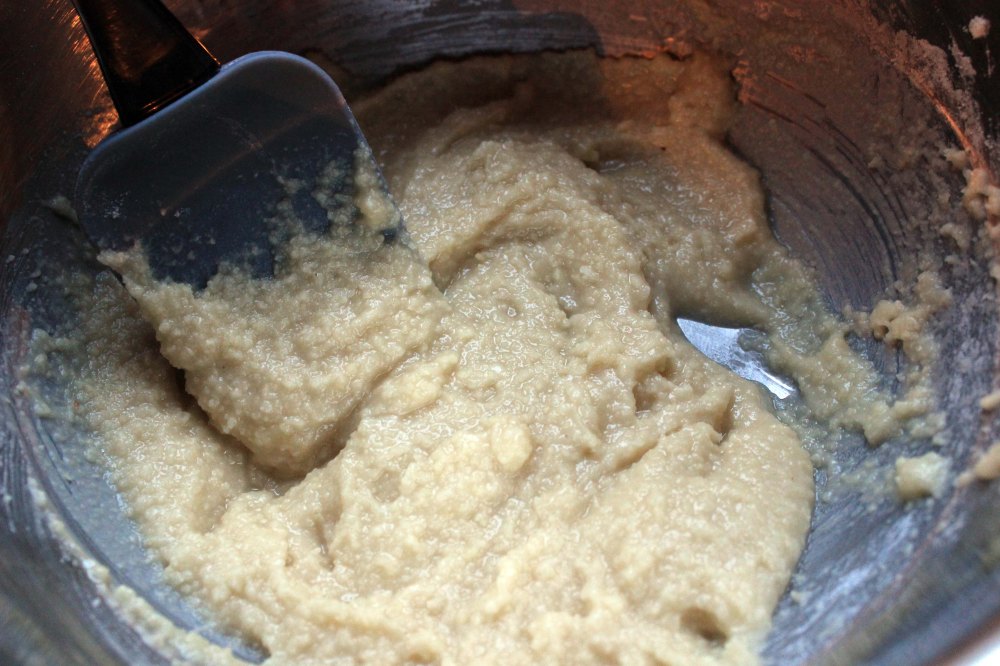 But anyway, back to the macarons. I am sorely out of practise at piping anything, and so there was some low level panic when trying to pipe the macarons into 2.5cm circles. As you can see in the image below, they didn’t exactly look perfect, and they may have all ended up slightly too large, but who doesn’t love a larger macaron?! So it was a happy accident really, and now all my future macarons will be far too big (we’re talking 4cm diamter instead), because then you only have to eat two at a time instead of five. Win win. They didn’t turn out red like they were supposed to, but I was afraid to add more food colouring and make the mixture any more liquidy than it already was, so pink is fine! When they came out of the oven I couldn’t believe that they actually looked how they were supposed to.

The recipe, which is Edd Kimber’s (of GBBO fame), is incredibly exacting in a way that I thought was over the top, but if it makes macarons this good, then I will continue to weigh out my egg whites every single time. I also wasn’t sure about the sieving of the ground almonds/icing sugar mix, because it seemed not terribly exact, but I ended up with about 30g leftover that wouldn’t go through the sieve, which wasn’t too much (although I did sieve very thoroughly in fear of not having enough mixture). The chocolate ganache and raspberry jam work amazingly well together, but I’m now trying to think about what other flavours I can try out next time. I’m a total macaron-making convert, who would have thought. There will be some posts coming on my future macaron-making adventures, so watch this space. 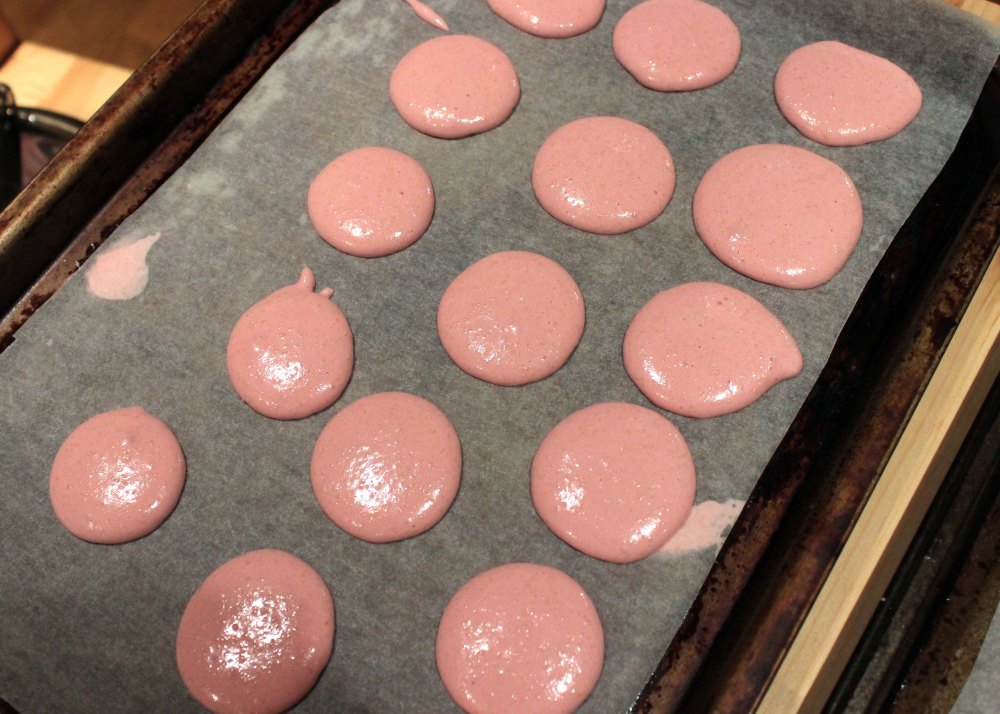 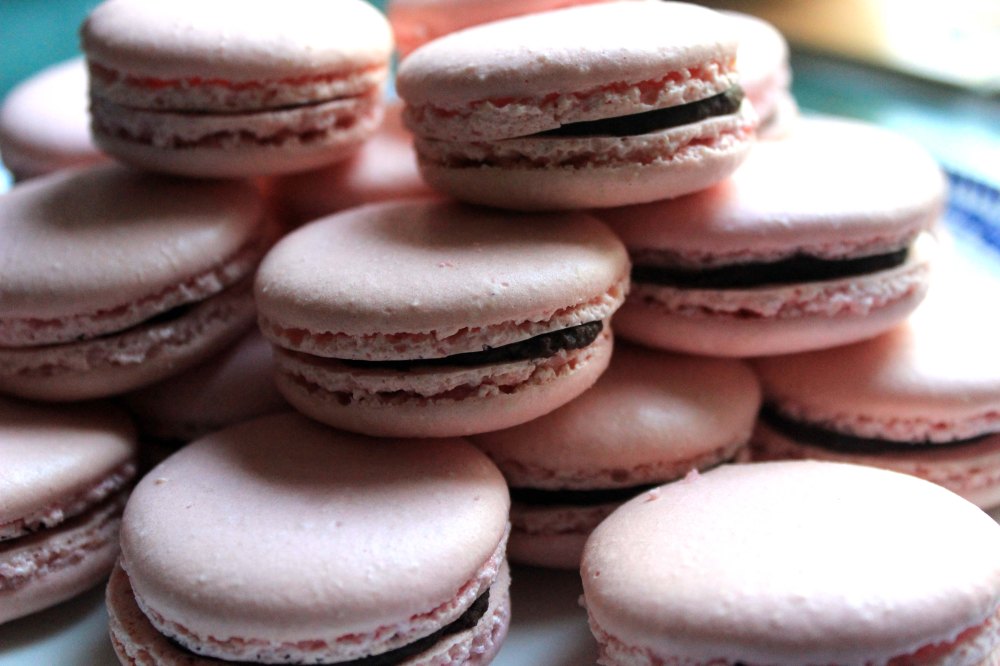