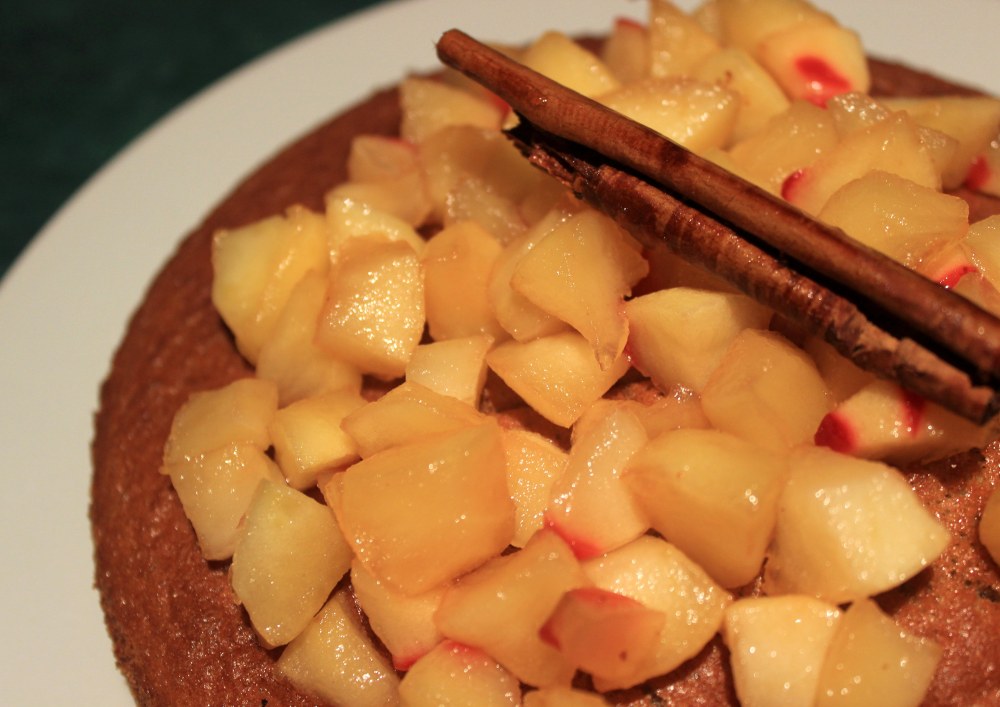 A couple of weeks ago a new branch of Norfolk St Bakery opened at the top of the street where my office is. I can only describe this place as having some of the best cake I’ve ever eaten, not to mention the insanely good bread. They have an amazing range of Portuguese treats, pastel de nata, bolinhos, etc etc. The first time I went in I bought a few different things to share with my colleagues, all of which were incredible. The next day I went back and bought more of my favourite, the vanilla roll. I feel pretty certain that I’m destined to put on some serious weight with this place two minutes from the office, but there will so much joy in gaining that weight from the deliciousness of the cake, maybe I don’t care?

Anyway, having consumed all this cake, I realised that I’d never made any Portuguese cake, and that this clearly needed to change. I tried (unsuccessfully) to find a recipe for the vanilla roll, so decided to settle instead for a vanilla cake with caramelised apple topping. Maybe settling isn’t the best word, because, wow. Like, really wow. I think this might be just the beginning of a love affair with this type of cake. It has a load of egg in it, which creates a sort of denser sponge, but it’s not heavy, it’s just, great. Go find yourself a Portuguese bakery, or make some of this cake and indulge.

Vanilla cake with caramelised apple (from Food from Portugal) 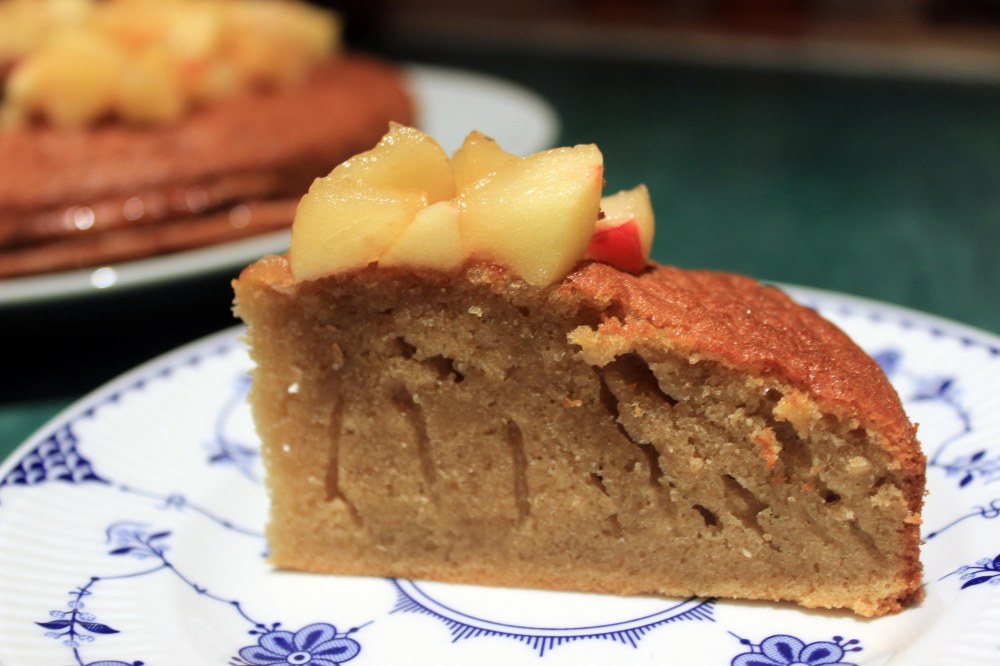