Falafel is a labour of love. It always takes longer to make than I anticipate, but is wholly worth it once it is done. This recipe is adapted from the Guardian’s ‘how to make the perfect…’ series, and whilst I’m not entirely sure it’s perfect, it’s pretty damn good. This recipe uses a mix of chick peas and fava beans, but if you’re struggling to find fava beans (or dried broad beans, to go by their other name), I don’t see why you can’t just use all chick peas. I can’t say I understand enough about the intricacies of falafel making to understand why one is preferable over the other.

I spent much time searching around various shops to find fava beans, to no avail, so (as previously recommended) I went to Hodmedod’s and found them there. Hurrah!

Unfortunately a mishap occurred with this batch – possibly not blended for long enough, or the beans weren’t dry enough, but they were a nightmare to shape into balls, and after they immediately fell apart in the pan once I started frying them, I gave up, smushed them all down and made a different sort of falafel, one that looks like a giant bowl of brown sugar. This was achieved by pouring all of the mixture with a few tablespoons of sunflower oil and baking at 200C for about 20-25 mins (turning the mixture occasionally). It’s better in this form if you want to make wraps, because unlike when they’re round, it doesn’t all collapse so easily. So, accidental discovery, would recommend. But you can also follow the correct traditional method below. 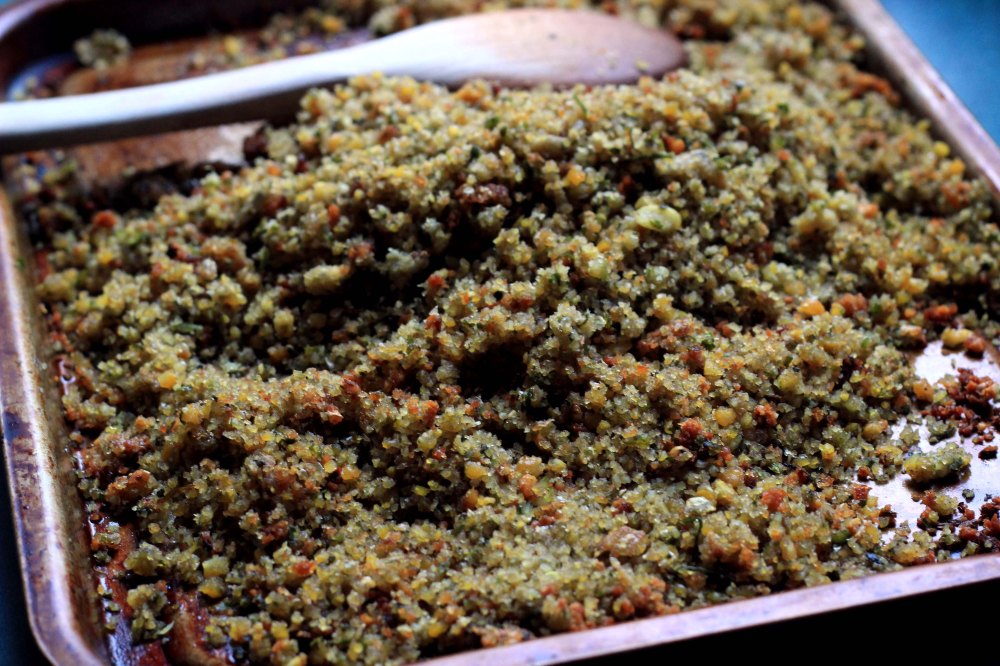 One final recipe note: I have to split the ingredients in half and make in two batches because my blender doesn’t fit all of it in at once – at least not for it to effectively blend. If you too have a not-huge-blender, you may want to consider this.

Best Falafel (adapted from The Guardian)

1.Soak the chickpeas and broad beans in separate bowls of plenty of cold water overnight. Drain and tip on to a clean tea towel to dry.

2. Put all the beans and half the chickpeas into a food processor and mix until smooth. Add the spices, salt, spring onions and garlic and mix again, until well combined. Finally, add the remaining chickpeas and fresh herbs and pulse until chopped and well combined, but not pureed – the mixture should still be lumpy with chickpeas.

4. Heat 2cm oil in a pan then fry the falafel in batches (turning part way through) and drain on kitchen paper.